We are often asked why Canada.  The reasons are many and varied. Canada is a large country, rich in raw materials with a stable and developed economy. It ranks tenth in overall GDP in 2016 among the industrialized countries (G7), and it exceeds seven of those countries in the GDP per capita. This means that, on average, Canadians will have disposable income to that enables them to purchase new imported goods and services. In addition, Canada’s population growth is the highest among the industrialized countries, so the potential consumer population with the means to purchase is growing over time.It is interesting to note that two-thirds of the population growth over the last five years is a product of immigration, meaning Canada is gaining a more diverse population that can support niche markets for international products. New opportunities and export deals are never easy, but Canada is definitely showing promising signs for businesses who consider it their next destination.

Also, the World Bank ranks Canada in 22nd place out of 190 countries in the ease of doing business index.

If you already feel the urge to know more , you are welcome to click on the following  links for more datails. 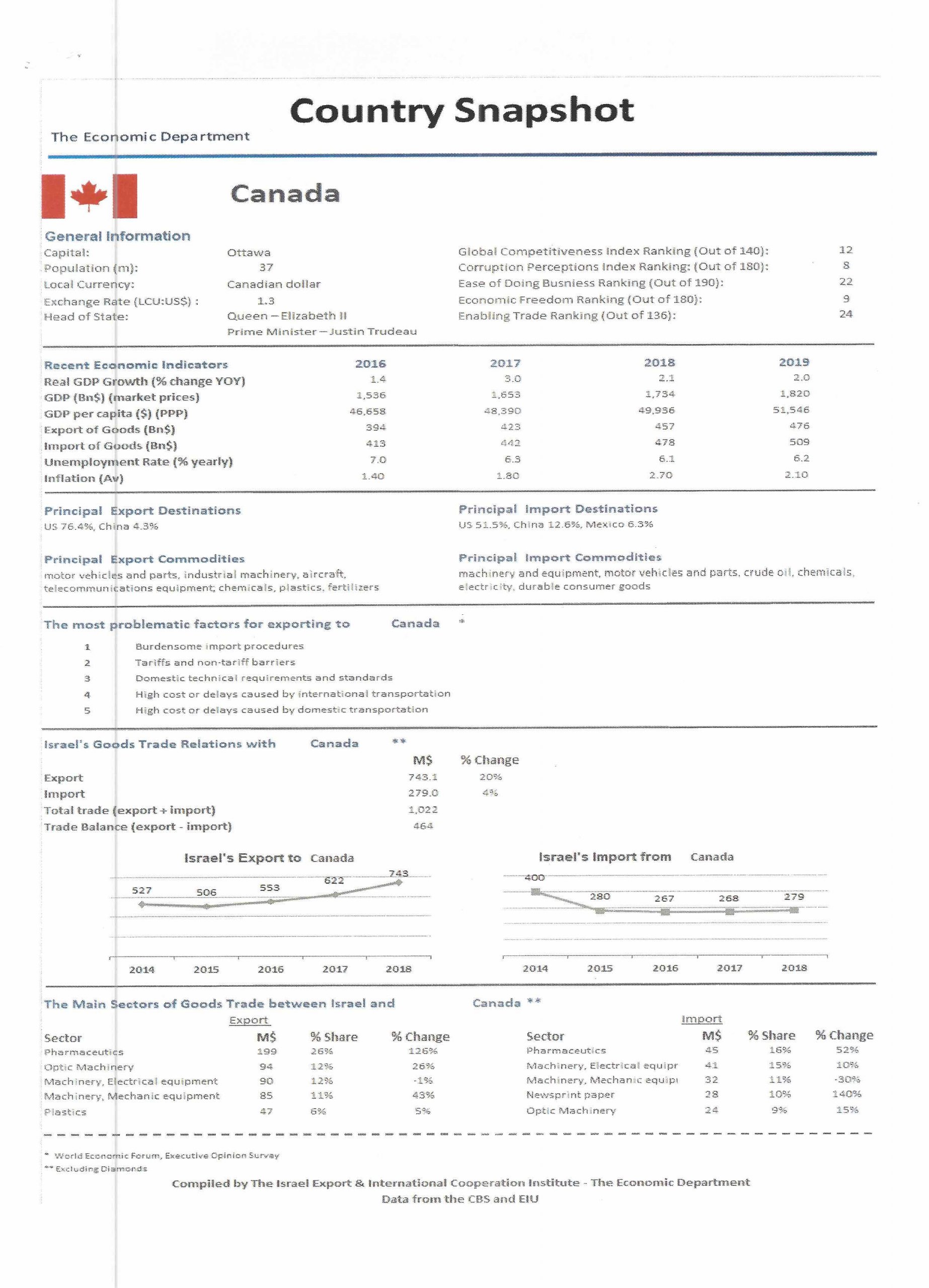 On May 28th, 2018,    Canada and Israel signed the Canada-Israel Free Trade Amending Protocol 2018, amending the Canada-Israel Free Trade Agreement (CIFTA or Agreement) that originally came into force on January 1, 1997. At Canada’s request for an upgrade of the 1997 agreement, the countries started to negotiate in  February 2014. Since then, intra-country trade has grown significantly – from half a billion dollars to almost a billion dollars in 2017. The volume of imports of goods from Canada to Israel in 2017 is estimated at $ 2.299 million and exports from Israel to Canada at $ 4.663 million.

Industrial products were tax-exempt under the original agreement and the purpose of the updated agreement was to extend the benefits to other areas such as agriculture and food. the goal has been reached in both directions: Exports to Canada: Out of 1646 lines of customs (similar products or product groups) 1073 will be duty-free for Israeli exporters to Canada.

Imports into Israel: Out of a total of 1430 customs lines 799 customs lines will be tax-exempt and 106 will receive partial tax relief on exporters from Canada upon entering Israel.

The original clauses were extended to include exporters who have not met the terms of the original agreement. For example, the updated agreement includes for the first time a chapter on small and medium businesses. As part of this chapter, the parties have agreed on cooperation, which includes identifying ways to support small and medium-sized businesses on both sides, to take advantage of the commercial opportunities afforded by the agreement.

The amending protocol creates flexibility by the new possibility to make minimal adjustments in some countries without losing the source status. This creates the right infrastructure for the global operations of the factories and expands the maneuverability of Israeli exporters. In addition, an outline is being developed for promoting cooperation with Jordan, opening up the integration of Israeli and Jordanian industries with exports to Canada. 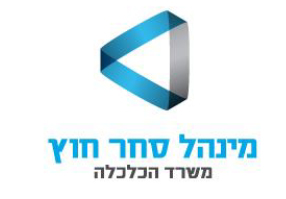